Hi guys today I am bringing you the top ten  craziest story’s I have heard and seen around the Territory.

1. First I have a video that was taken last year and supplied to the NT news. It shows a couple of Darwin lovers gettin it on the balcony of their apartment , providing entertainment for tourists and city workers below. Check it out …….

2. Staying on the topic of public nudity the Deputy Mayor of Palmerston was accused by two teenage girls of causing offense with his apparent ‘public nudity’. The guys name is Geoff Carter , 65yrs old , he is also the founding member of The Australian Army Band , Darwin. And is now publicly branded a pervert. The poor guy was in his own bedroom , probably getting dressed at the time .. but the fact it was made national news means he will forever be remembered as ‘The Naked Deputy Mayor” 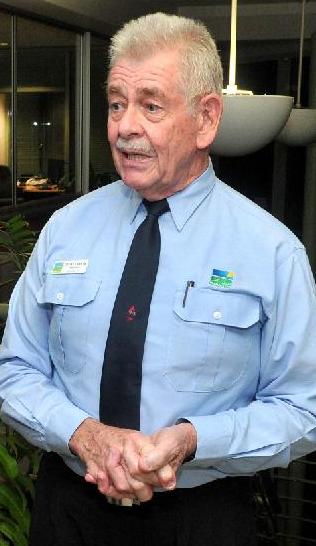 3. Former NT man Dr David Bowman made the ridiculous suggestion that we should introduce “Mega Fauna” AKA Elephants and other gigantic beasts into the Northern Territory and other outback areas to reduce the risk of fires caused by Gamba Grass , a type of grass that is so high Buffalo’s and cows cant reach it . This is stupid for a few reasons the main one being that it’s not really in the interest of public safety to have wild ‘Mega Beasts” roaming the streets….. Also , the cane toads were introduced here for similar reasons , now we cant get rid of them and they are more of a problem than a solution …. (source http://www.abc.net.au ). 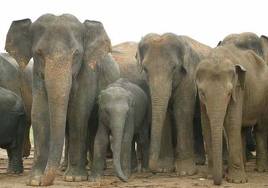 4. A guy gets shot by his mate whilst being eaten by a saltwater croc .. yes that’s a true story although not as bad as it sounds. The 2 crocodile farm worker’s were collecting croc eggs from a remote NT station when one was attacked by a saltwater croc. The other guy grabbed a shotgun  aimed and fired at the crocodile  accidentally shooting his mate in the arm in the process. All ended well though , the croc let go and disappeared and after a few days it was work at usual for both men.

Zac Fitzgerald , the man who saved his mate in action at work: pic NT news 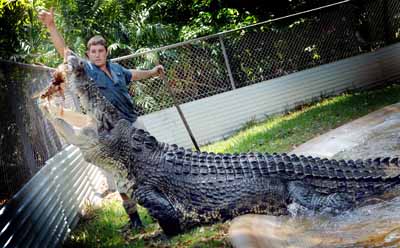 5. Drunken parrots are seen falling from the skies in the Darwin area every dry season. The birds are thought to be getting drunk after eating a mystery plant that then renders them unable to fly. For more on the drunken parrots check out this link

6. Woodley the dog had the ride of his life when he decided to take his masters double-decker bus for a ride in Darwin last year. A shop assistant passing by could not believe his eyes and quickly chased the bus down . He managed to pull the hand brake on before the bus hit a parked car. Woodley’s owner explained that the dog watches him put the handbrake on and off and was just copying him. Apparently this has happened before …. And I thought Chaos was alone .. 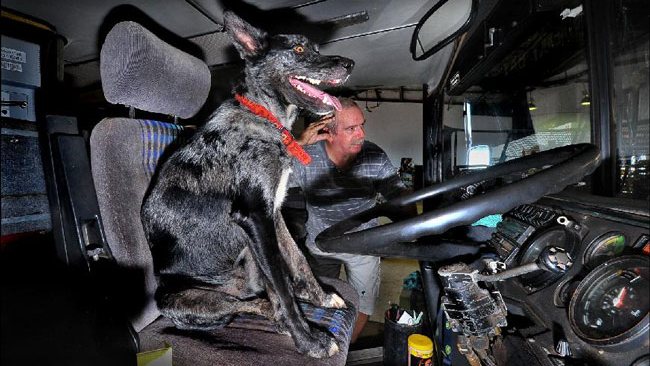 7. This little boy is in my opinion , a magician. I have no idea how he got into this vending machine but it took the Fire Brigade to get him out! 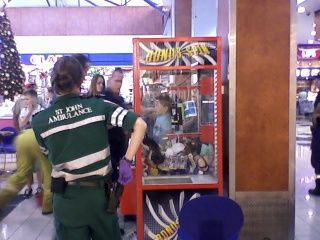 8. This 5 legged cane toad was found by Dylan Wells, 11, of Berrimah and the 5th leg is attached to his chin .. makes me worry about drinking the water up here ! 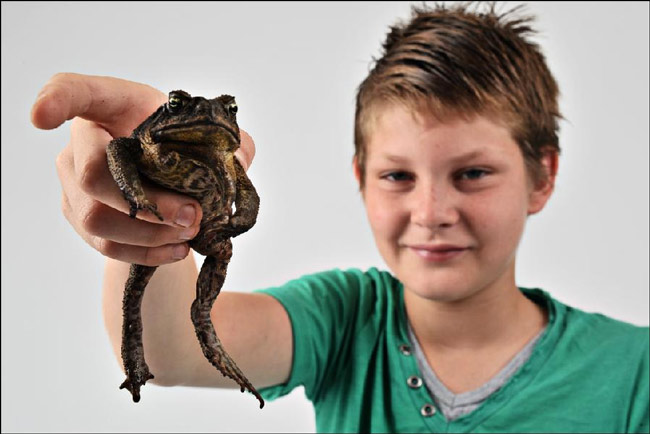 9. Last year one smart NT tradie handed himself into police after breaking into the Hidden Valley Tavern (coincidentally also where I work part-time ).  The reason the man handed himself in was because he recognized his bum crack on the cctv footage reported on the news. He was so drunk he cant remember the robbery. You can check out the footage here ..

10. This is the story that more crazy than anything else I have read in any newspaper. Ever.  Last year it was reported that there were concerns the Territory’s talking cat , Mischief, had been abducted by aliens. Yes Im deadly serious folks. Siberian air-traffic controllers claimed a female-sounding alien spoke to them in a cat-like language.  It turned out to be ok , Mischeif was safe and sound at home with his owners.

So there you have it folks – but this is not the end of my crazy tidbits from the Territory , I’m sure I will find ten more very soon …