Posted on September 10, 2012 by kelsgonebush

If you were to believe the NT news that is ! I must admit where would this blog be without them ? Last week it was spa bathing buffalo , this week its a couch lovin’ pig !

As always when I arrive for work each morning at Hot 100 I collect the morning papers to hand out to all the freebie huntin’ masses of Darwin. I flick through the paper while I wait for the station to call for my location . Today when I got to page 3 I absolutley pissed myself laughing …. 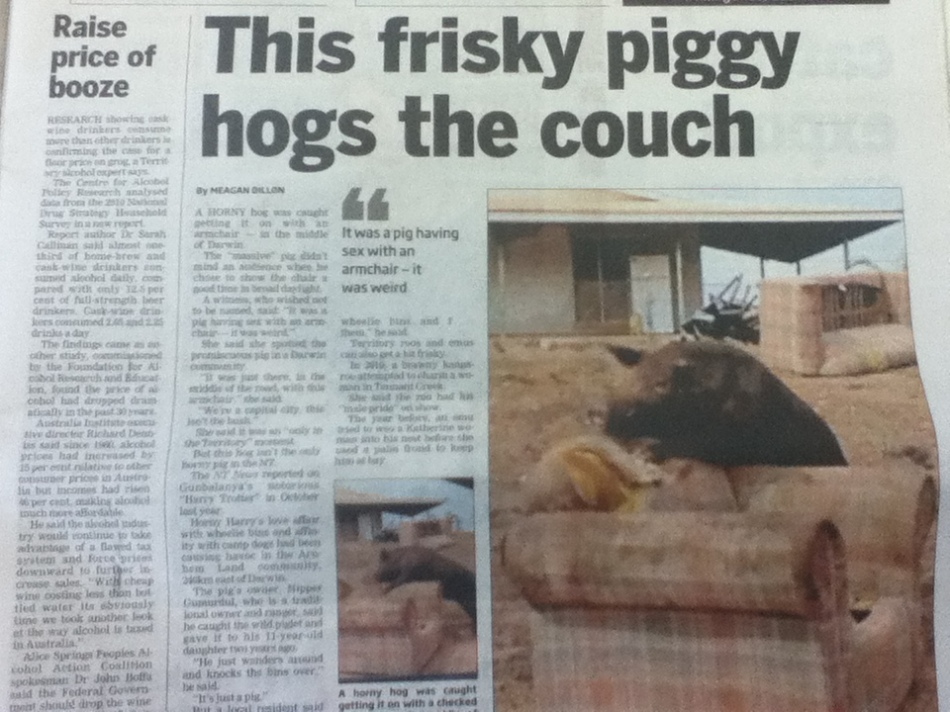 This furniture lovin’ piggy was spotted yesterday in a suburb of Darwin having sex with an armchair in the middle of the road. Now this sort of thing happens all the time out in the bush , but Darwin is a ‘capital city’ as one witness told the paper ( calling Darwin a city might be going a little far – maybe one day but I’m pretty sure to be a city you need to have shitloads of people living there). Last year the NT news ran a story about Horny Harry , a pet pig living in the community of Gunbalanya , NT who had a loving relationship with wheelie bins and thinks he is a camp dog … Harry’s owner caught the piglet 2 or 3 years ago as a pet for his daughter. He maintains Harry is just an ordinary pig who sometimes knocks over bins . Another resident added in “yeah and then he fucks ’em”. Charming ! 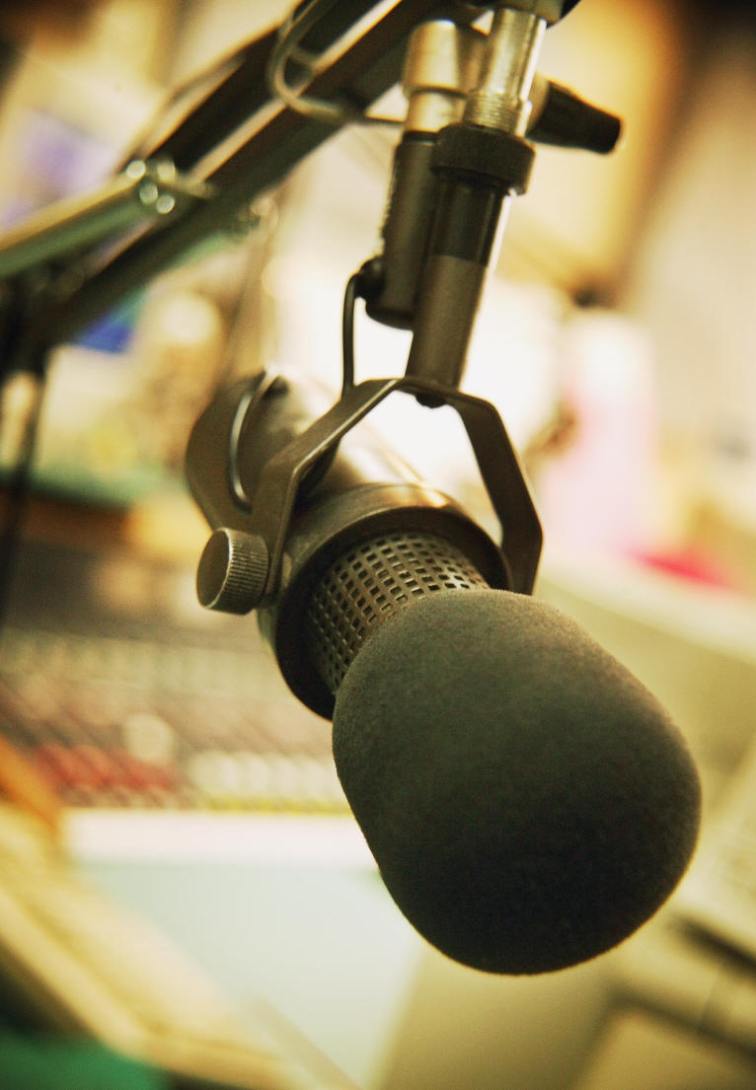 Hello People !!! Today was absolutely fantabulous !! I got up after an awesome sleep , drove my new (old) Suzuki swift 93 edition ( named Princess ) that my fantabulous boyfriend purchased for me on Friday ( he is now in charge of all motor vehicle purchases ever since the disaster we call the Honda civic that I bought last year and drove for 3 weeks before it broke…not my fault by the way – more about that in the future …)

So anyway I’m driving to work in my new car and made it there 10 min early due to driving a car that actually does the bloody speed limit ( the Troopy took 5 mins to get to 100kms an hour ! ). I packed all the free shit into Black Betty and went to do my radio cross as usual. Now for the best part : I drive back to the station to drop the van off and pick up the Princess. Before I left I stopped in to see the brekky presenters Tom and Sarah when shit went down ..:

Me : Hey guys all went well , I guess Ill catch ya tomorrow

Sarah: Actually we wanted to tell you something

Sarah: We were just talking about how you’re getting really good at this ..

Tom : Yeah your flow is heaps better and its sounds more natural ..

Me : *aw shucks guys * grinning like the Cheshire cat !

I practice every script 5 times before I say it but lately I have it memorized so well  I have started to ad lib etc and obviously its paying off. When I first begun I didn’t think I would last due to my excessive swearing in real life ( I tone it down a bit for my blog ‘cos hey I want people to read it ! ) I really wanted this job so I practiced hard and look ! Practice is starting to make (nearly) perfect !

A few weeks ago I wrote a post about my upcoming trial with a commercial Darwin radio station and how I was scared I would totally screw up. Well I totally nailed it !!  They offered me a job driving ‘ Black Betty ‘ a black van loaded with free shit – except on air obviously I have to say ‘free stuff ‘  😉

I almost blew it last Thursday when I was supposed to go in for training at 6.45 am …… and woke up at 7.15 am. Not good when you haven’t even officially started ! Luckily its Darwin and everyone is pretty chilled up here. Matty , the guy I was supposed to meet at 6.45am , kindly offered to meet me yesterday instead .

There is no excuse for 5 and a half hours late .. unless you have been kidnapped by Zoo animals and have a Gazelle dancing on your chest .. hey I ve been in weirder situations 😉   (audio is fine after 2 sec’s)

I was so wound up I woke up at 2am and scared of missing the alarm again was lying in bed wide awake until 5.30 am. Last night was even worse , I awoke at 1.30 am and again could not get back to sleep. Finally I managed to drift off only to have a terrible nightmare which involved me waking up at 7am to a phone call from my new boss yelling at me that I was crap and he no longer wanted me to work for him.

Luckily this did not happen in real life and I managed to get through my first Hot 100 crossover without swearing once.